First Week in the Lab

After spending the weekend traveling from Seoul to Daejeon, Matt was ready for day 1(6/14) at KAIST in Professor Seungbum Hong’s Materials Imaging and Integration lab. At 11am, he arrived at the foot of the Materials Science and Engineering building, where he was escorted upstairs by Professor Hong. He introduced Matt to at least a dozen new faces and showed him his office space and desk. As Matt began to settle in, Hoon Kim, the PhD student seated to his right, asked him if he would like to get lunch with the group. Matt and his new lab buddies went to a traditional Korean restaurant and ate clam noodle soup and kimchi. They warned Matt that the kimchi was spicy. Matt said he would be alright, but anyone that saw his teary eyes would disagree. Nevertheless, Matt greatly appreciated the friendliness in the MII lab. After lunch, he met Soyun Joo, his lab mentor who studies bio-materials and their applications.

For the next few days, he continued to develop a background in bio-materials by reading papers that Soyun sent him. He also met more members of the lab over pizza, which they had delivered to the lab after Matt told them it was his favorite food!

Finally, on Friday(6/18), the MII lab held a zoom luncheon to congratulate the recent graduation Master’s and PhD candidates and welcome the new members of the lab(Matt and Jason, a researcher from Malaysia). For lunch, everyone ate traditional Japanses sushi at his/her desk, and Professor Hong shared great news of becoming the new Head of the Materials Science and Engineering Department! 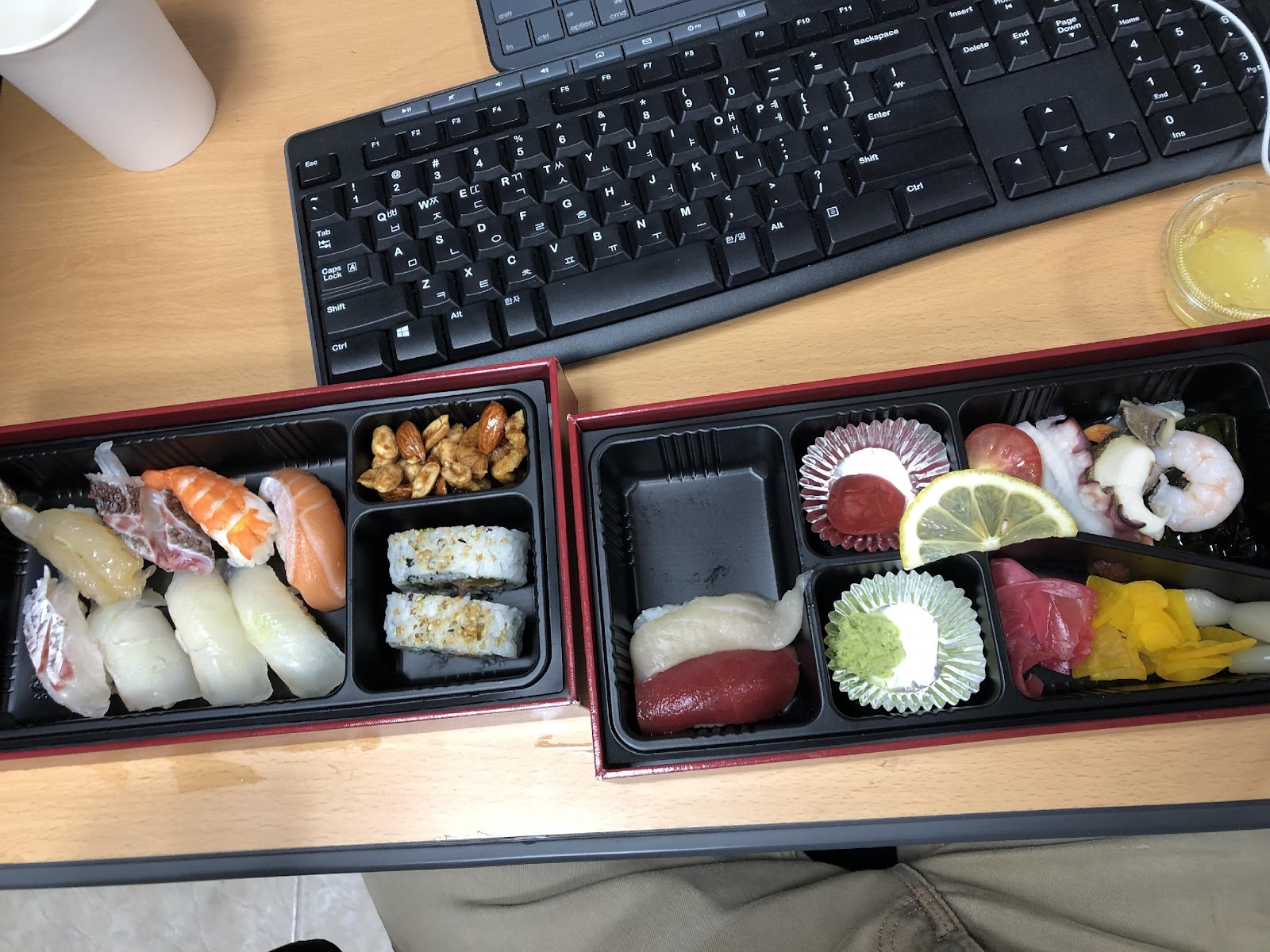 Upon leaving quarantine and arriving at the Express Bus Terminal in Seoul, the adventures quickly began. Matt walked around the city with Kervin and Nathan with the first stop being for pancakes. 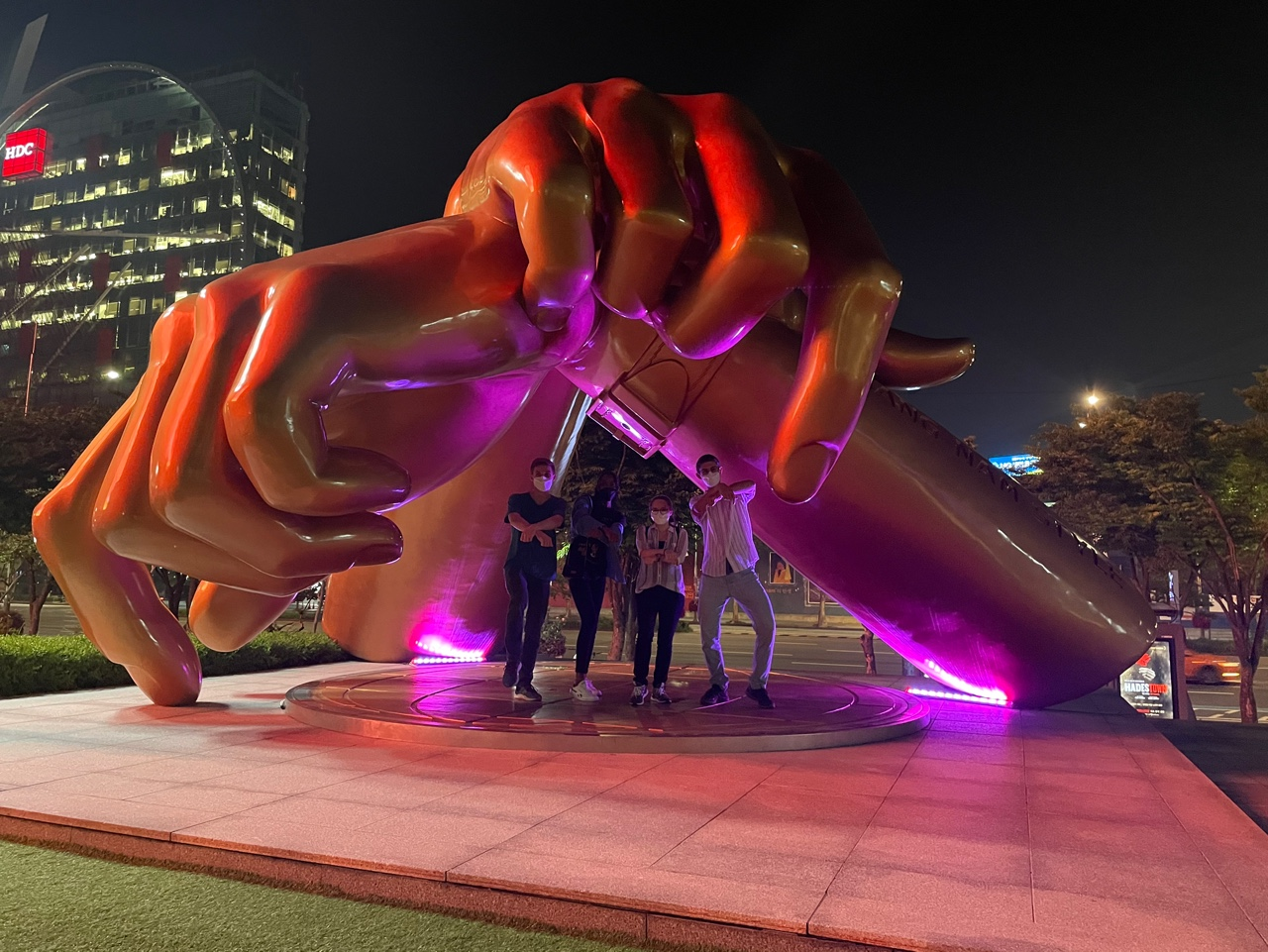 Later that day, while still in Seoul, Matt and Nathan met up with Busa and Elizabeth. They got dinner and decided to look for the monument to Psy, the “famous” Gangnam Style hand statue. Little did they know that the statue is not very famous at all. In fact, it took about 3 hours and multiple incorrect sets of directions to find it. Nonetheless, the group found the hands and accordingly celebrated with dancing to the song that rocked the world in 2012. 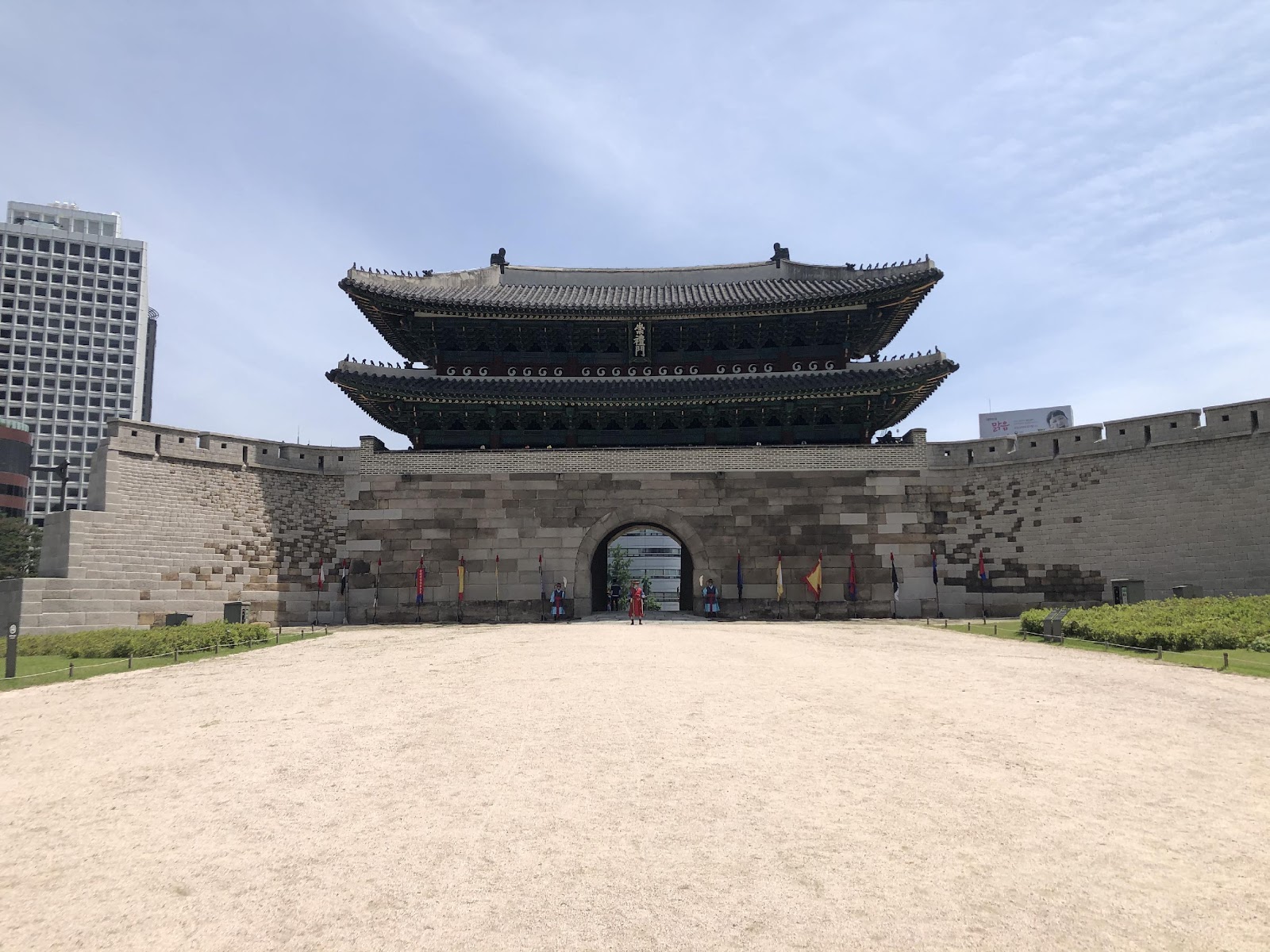 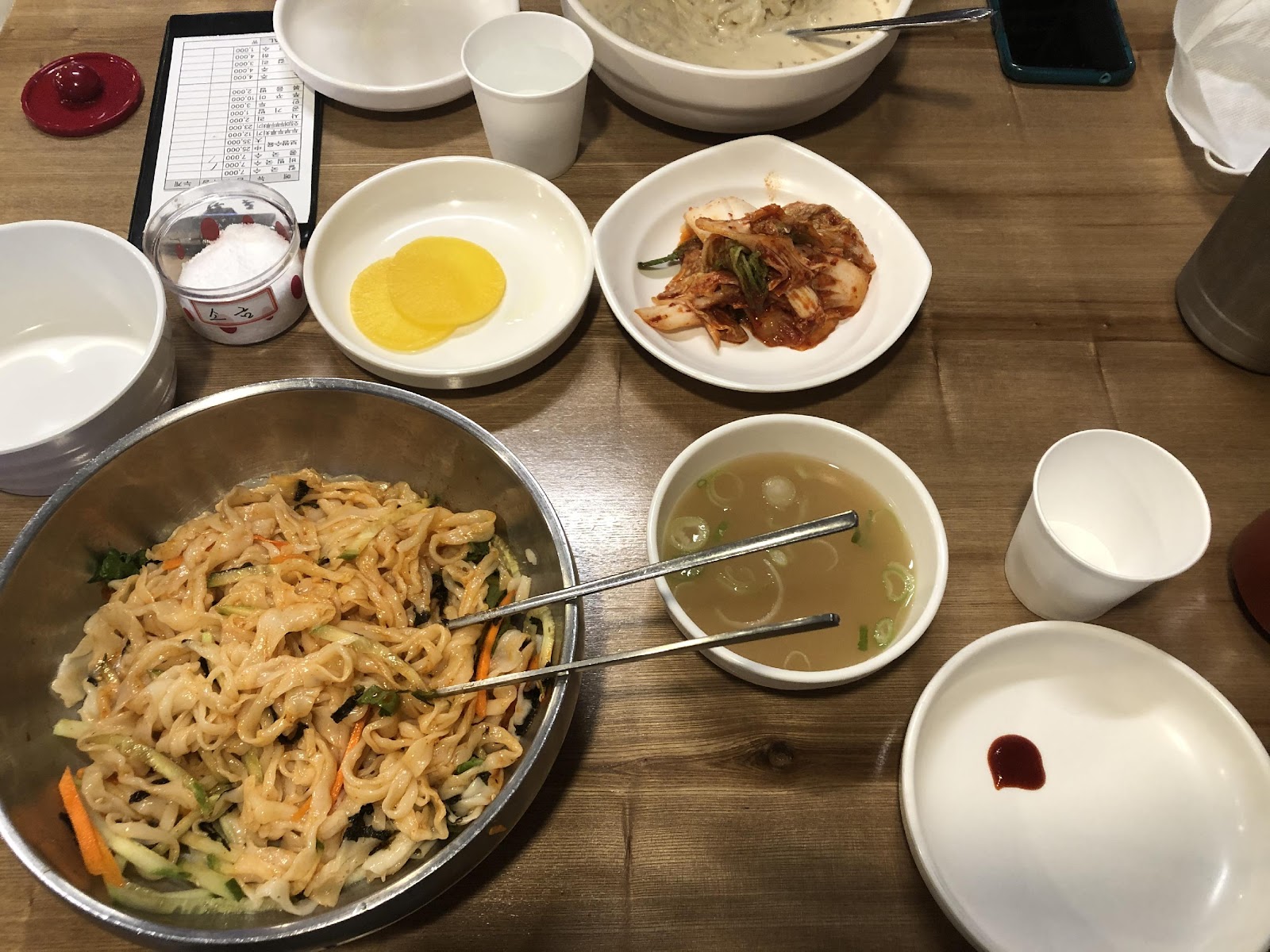 The next day Matt quickly hopped on a subway to visit Sungnyemun Gate in Seoul before traveling with Nathan and Dr. Kim to Daejeon. Later, he went to dinner with Nathan and ate soybean noodles and kimchi.

On Sunday(6/13), Matt accompanied Nathan and Dr. Kim for a trip to Sung-sim-dang (성심당) bakery. Later, he walked around the streets near campus and found nice scenery.

Later that week, Matt found a basketball court near his apartment and went out to play. He expected to shoot by himself but was surprised when the court filled up with guys his age. He ended up playing for hours and made some new friends. Over the weekend, Matt explored the Expo Park and arboretum, where found more stunning scenery in the middle of the city. 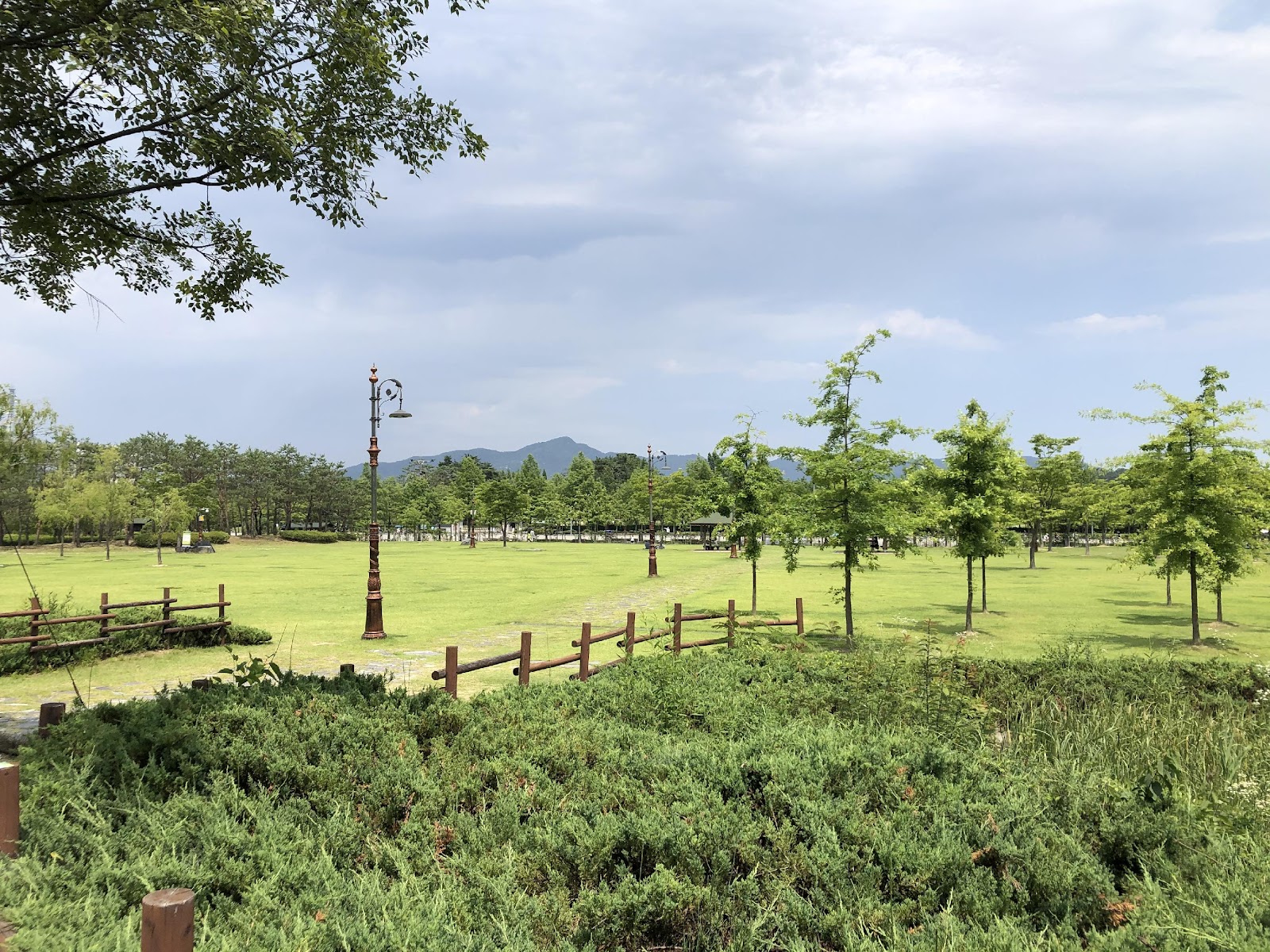